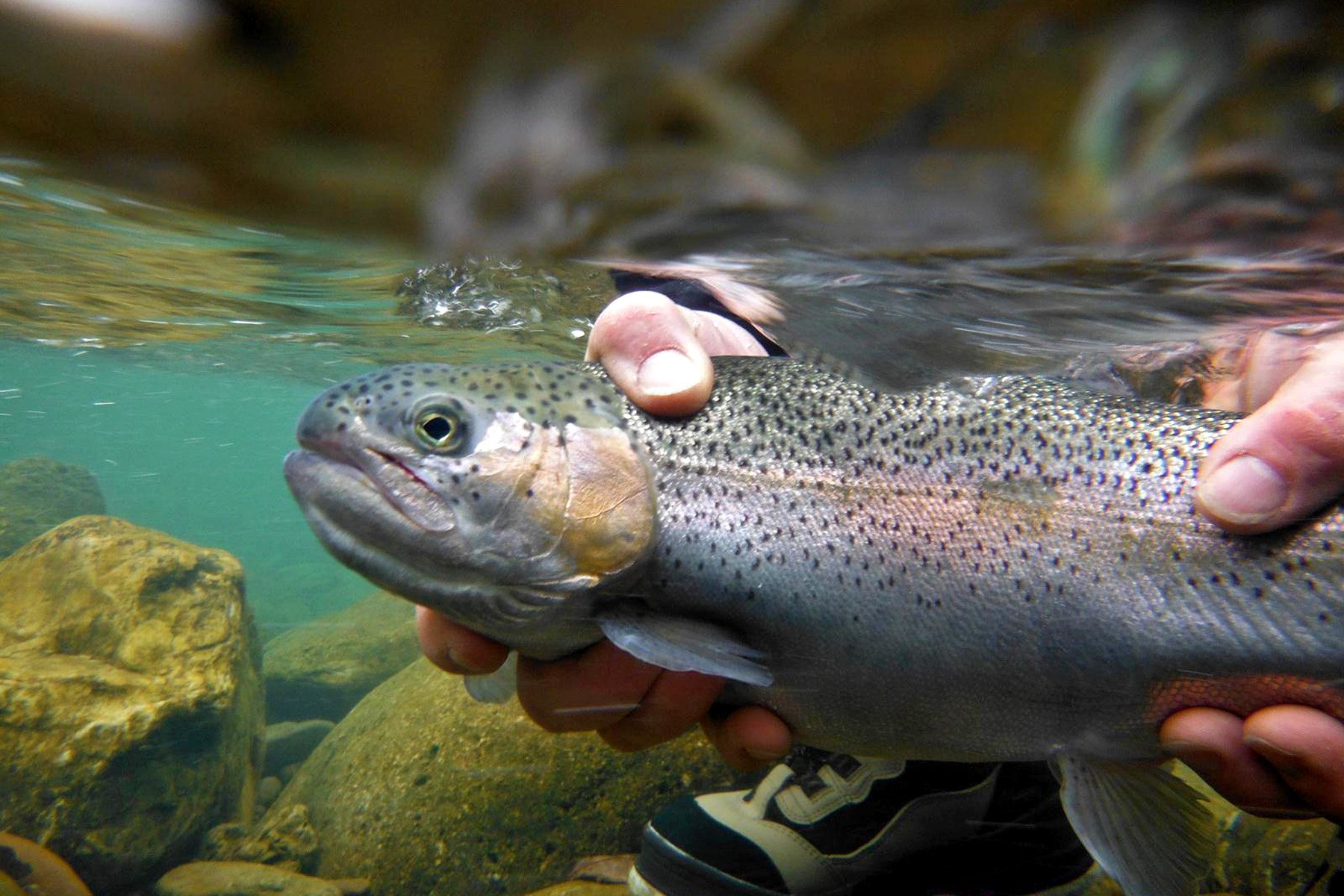 Often anglers are required to release saltwater fish they catch to help maintain fish populations. More and more anglers are practicing “catch-and-release” to do their part to preserve marine fisheries while they enjoy their outdoor fishing experiences. Research has shown that you can significantly increase the survival rate of fish you catch by handling them properly during the release. This information offers tips on how you can properly handle and release saltwater fish.
• How to Begin
• Use tackle heavy enough to land a fish quickly to reduce its exhaustion. An exhausted fish is likely to be weak making it vulnerable to predators or die upon release.
• Use non-stainless steel hooks as they will dissolve if they remain in a fish.
• Use non-offset circle hooks when fishing with natural bait to avoid gut-hooking a fish. Circle hooks tend to hook fish in the jaw, making them easy to remove.
• Bend barbs down on hooks so they can be removed with less damage to a fish.
• Keep release tools handy.
•
• Handling Your Catch
• Handle fish as little as possible and only with wet hands – never with a towel.
• If a fish must be lifted from the water, support its weight horizontally.
• Use a venting tool if necessary to release pressure in a fish taken from deep water.
•
• Removing the Hook
• Back the hook out the opposite way it went in.
• If a hook is deep in a fish’s throat or stomach, cut the line as close as possible to the hook – the hook will eventually dissolve inside the fish.
• Use a de-hooking device if needed to help remove hooks safely.
•
• The Release
• Gently release a fish head first into the water.
• If a fish is exhausted, revive it before releasing it by passing water over its gills – move it forward in the water with its mouth open.
• If a released fish does not swim away, recover it and try to revive it again.
Releasing a fish safely and free of harm is key to helping it survive.

Additional information about catch-and-release is available from Florida Sea Grant.

Taking Photos of Your Catch
Florida is the “Fishing Capital of the World” due to great resources and responsible management, and we want to keep it that way. Promoting Florida fishing and boating includes an obligation to portray the fun, excitement and camaraderie in a positive fashion that reflects safe and sustainable use of Florida’s natural resources. As a consequence, some photographic tips and guidelines are provided, and we encourage all of our partners to use them to the greatest extent possible.

• When possible leave fish in the water for the photo, if they are going to be released–and definitely, if they are illegal to harvest. A good angle is with the fish held at the surface and the photo taken from over the angler’s shoulder. It gives size and perspective to the fish without ever taking it out of the water.
• Fish that are illegal to harvest, due to creel or size limits, should be shown in the water—for instance, undersized sailfish jumping or a goliath grouper alongside the boat about to be released.
• Tarpon that are out of the water should preferably have a “legally harvested” tag showing.
• The proper way is to hold the fish horizontally with its weight distributed as evenly as possible. Lip grips can be damaging if the jaw is hyper-extended or the fish is too heavy and is suspended only by the jaw. However, holding and supporting the fish horizontally with a thumb (depending on the species be careful of sharp teeth) or lip grip in the mouth and using the other hand to help support and control the fish can keep it from thrashing around or getting loose.
Additional tips for taking photos of your catch with guidelines for handling can be found here.

If you are out snorkeling, diving, fishing, paddling, or boating and see anything that may be unusual or out of the ordinary (including lionfish) in the waters around the Keys , please record the location, date, and time, and contact the Marine Ecosystem Event Response and Assessment (MEERA) project. They can be reached by phone (305-395-8730), e-mail, or online.